All Collections
Donut Intros: Getting Started
Donut Intro Basics
Use Donut to run a selfie contest for your Intro channel

Use Donut to run a selfie contest for your Intro channel

Like seeing pictures of your team having Donuts? Try Donut's selfie contest to get others in on the fun and vote for your favorites!

Written by Courtney Stratton (she/her)
Updated over a week ago

Many teams love sharing photos of each other grabbing coffee or donuts with their new Donut friends. It's a fun way to boost participation in your Donut Intro channel, and a great way to learn about all of the incredible people you work with.

Want to make it a bit more exciting? Try Donut's selfie contest to encourage friendly competition! Simply share photos from your Donut meetings and let your teammates vote on their favorite ones. Each round, Donut will automatically pick a winner based on votes from your teammates. Read on to learn how it works.

How to submit a photo to Donut's Selfie Contest

First, be sure to take a photo while out with your teammates so you have something to submit to your contest! 😉

Then, share your photo in your Donut Intro channel as you would normally. 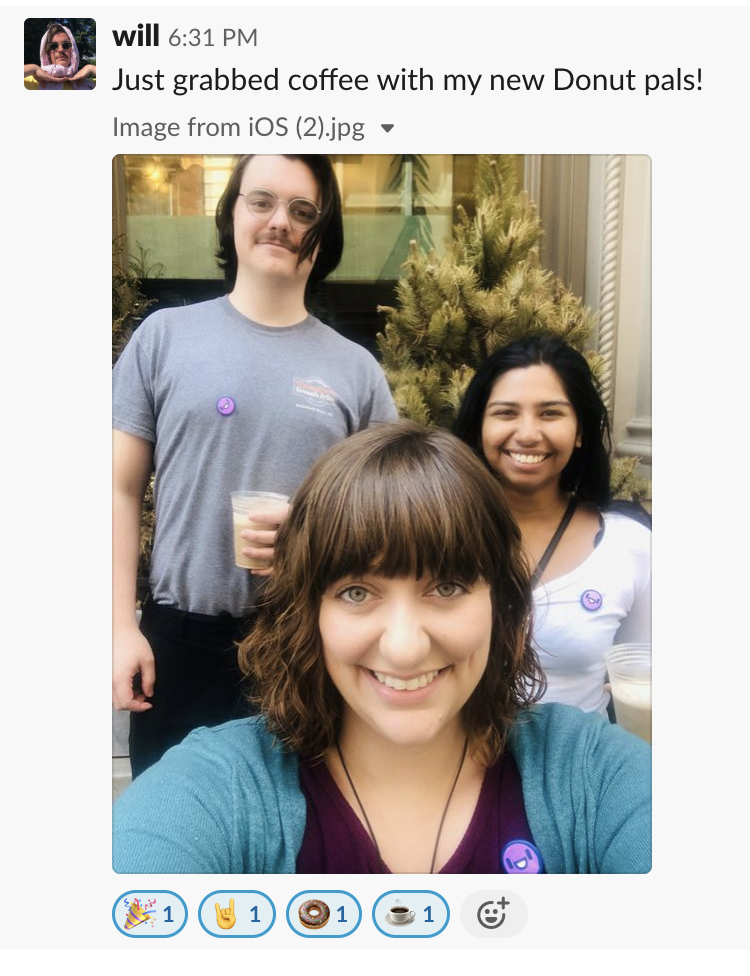 If you are doing remote meetings, you can still take a selfie screen shot as well! 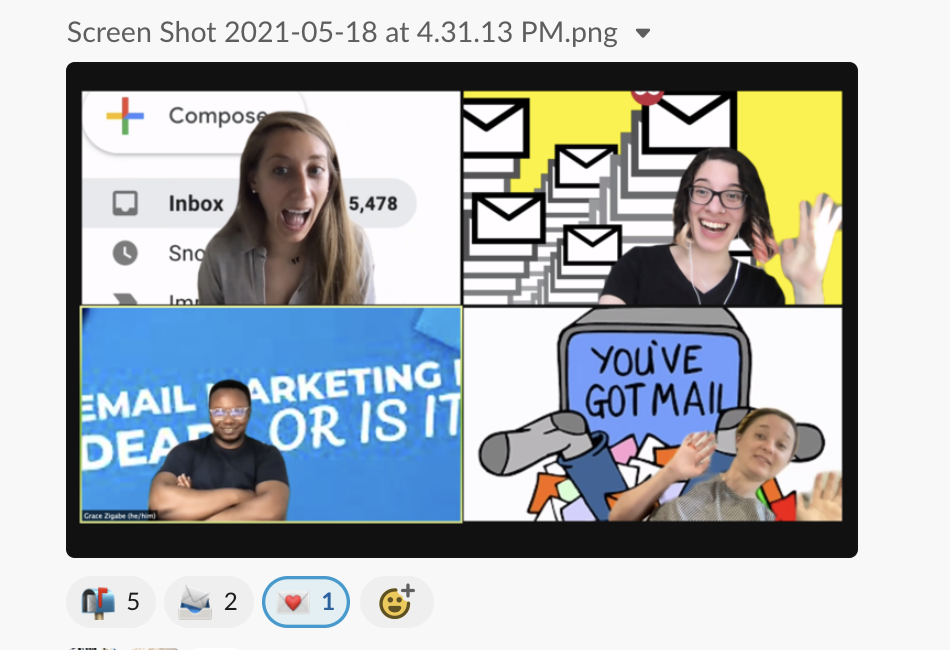 Confirm your photo submission to the selfie contest by responding to Donut's DM. 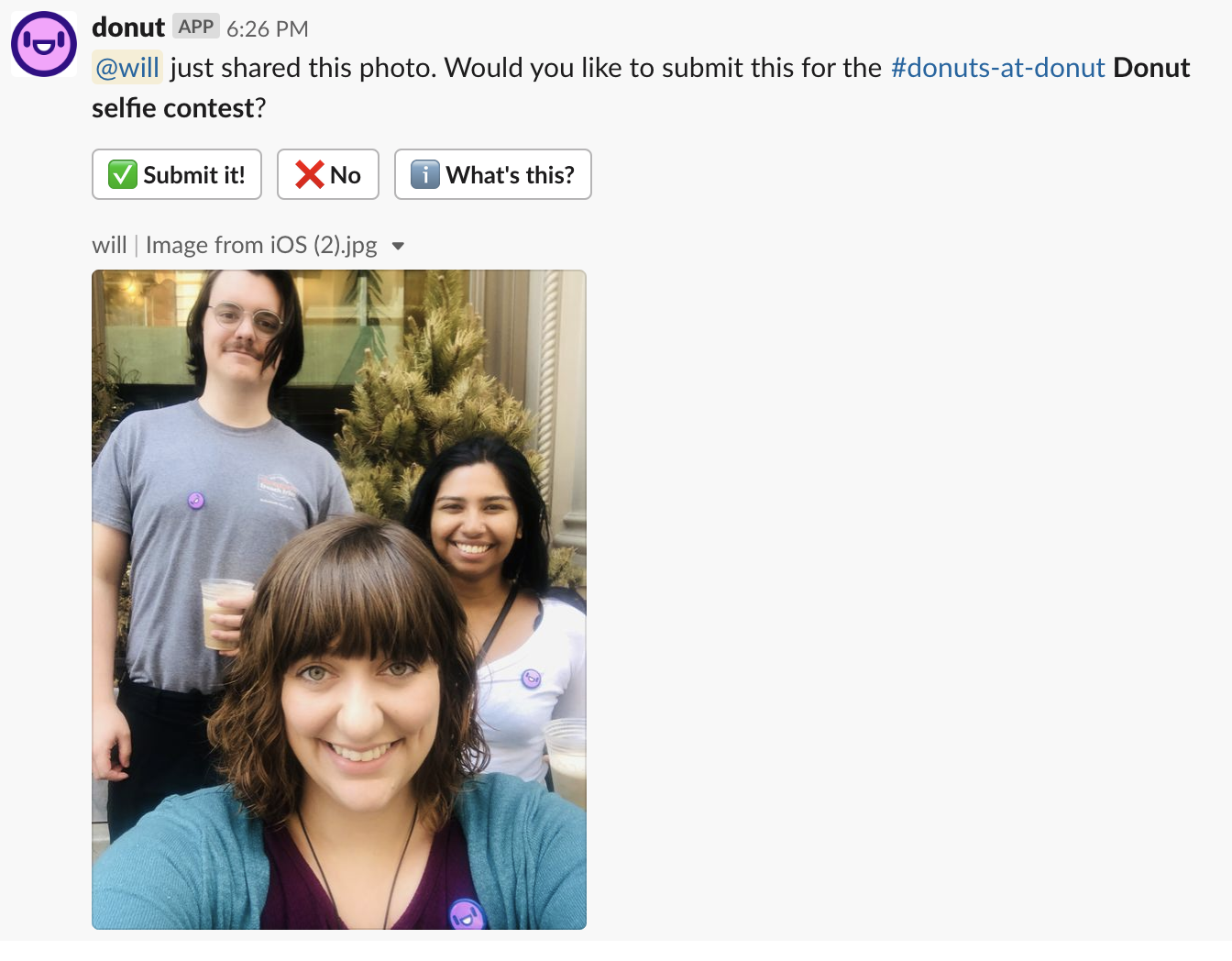 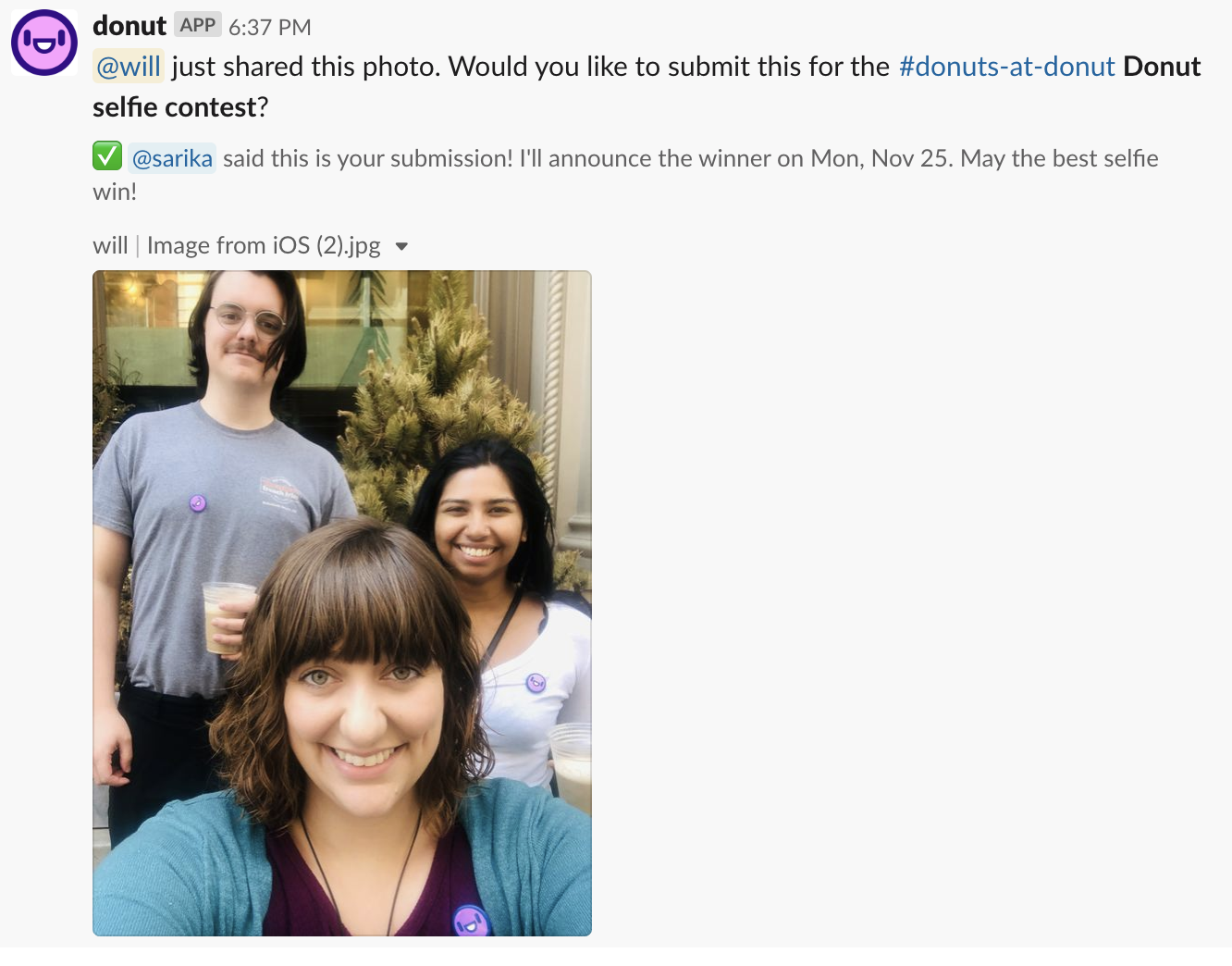 If you or someone in your group selects the option to submit your photo to the contest, Donut will include it in the voting count for that round. The message will show a confirmation message that your photo was submitted and will display the cutoff date for voting.

You'll have until the end of the Donut intro round to vote for your favorite photos in the channel and get other teammates to vote for your photo by reacting with emojis. How Donut counts votes:

At the end of your current round, Donut will automatically calculate all votes and choose a winner. The winning photo will be shared in the channel! 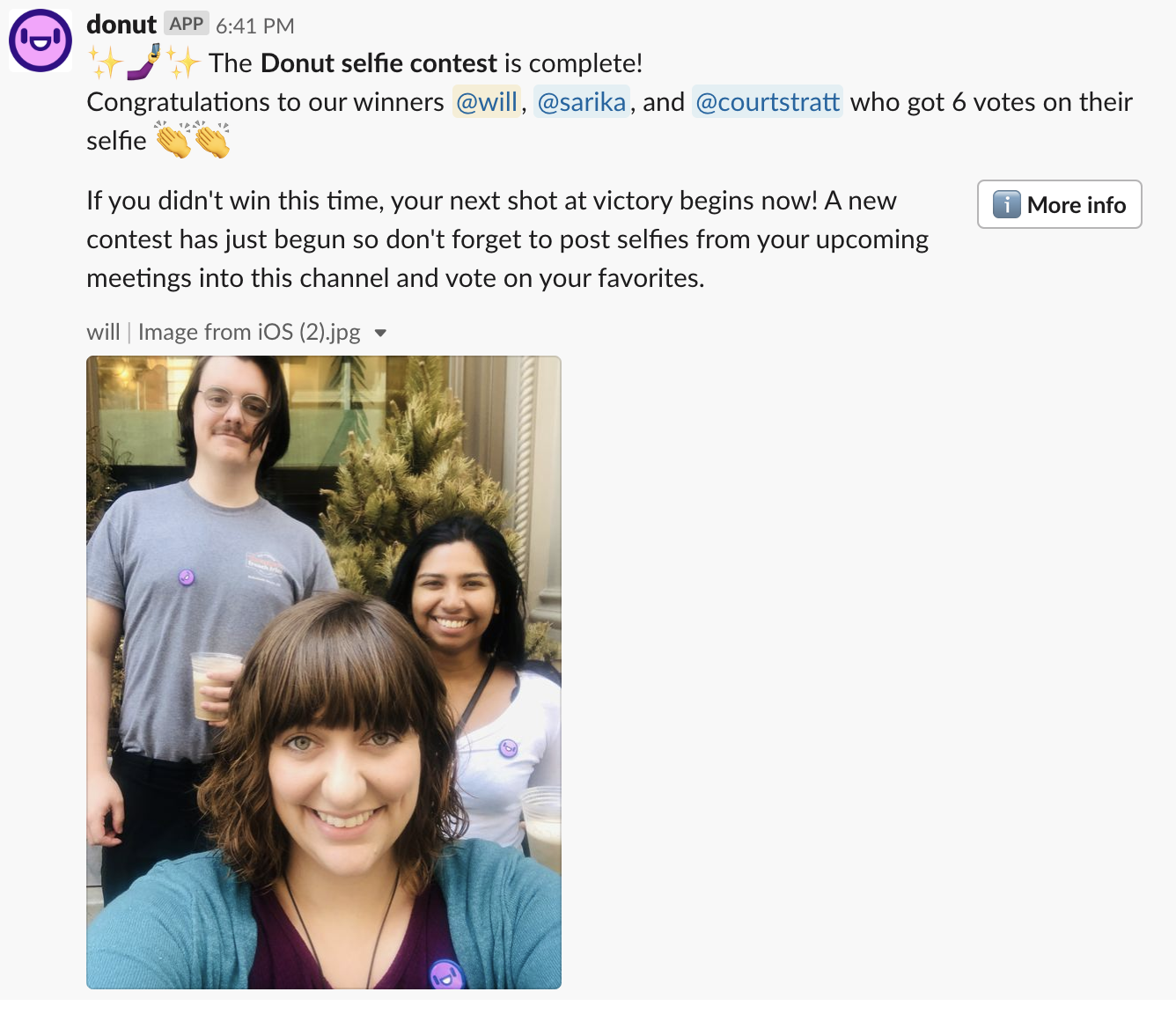